“All Natural” and “Non-GMO” claims, followed by a class lawsuit and $9 million settlement

In 2011, the first complaints (Sandys v. Naked Juice Co.,PepsiCo, Inc. ) were filed against Naked Juice, which is owned by PepsiCo. In 2012, the five separate class action lawsuits filed against Naked Juice and PepsiCo were consolidated in the Central District of California with an amended complaint (Pappas v. Naked Juice Co. of Glendora, Inc.). The consolidated lawsuit concerns claims that Naked Juice violated certain state and federal laws and consumer protection statutes in connection with the advertising, labeling, or marketing of the Naked Juice and arising out of or relating to the “100% Juice,” “100% Fruit,” “From Concentrate,” “All Natural,” “All Natural Fruit,” “All Natural Fruit + Boosts,” or “Non-GMO” (or Non-Genetically Modified Organism) statements, through any medium (on-label, internet or otherwise).

The products contain unnatural, synthetic ingredients, including synthetic fibers such as Fibersol-2 (a proprietary synthetic digestion-resistant fiber produced by Archer Daniels Midland and developed by a Japanese chemical company), Fructooligosaccharides (a synthetic fiber and sweetener), and Inulin (an artificial and invisible fiber) as well as calcium pantothenate (synthetically produced from formaldehyde), which are not natural vitamins or nutrients from fruits and juices. Naked Juice’s protein beverages contain GMOs such as soy protein isolate that also requires extensive processing. In addition, the plaintiffs alleged that Naked Juice did not adequately disclose that its juices and smoothies were made from concentrate.

Allegedly, false representations on every package of Naked Juice 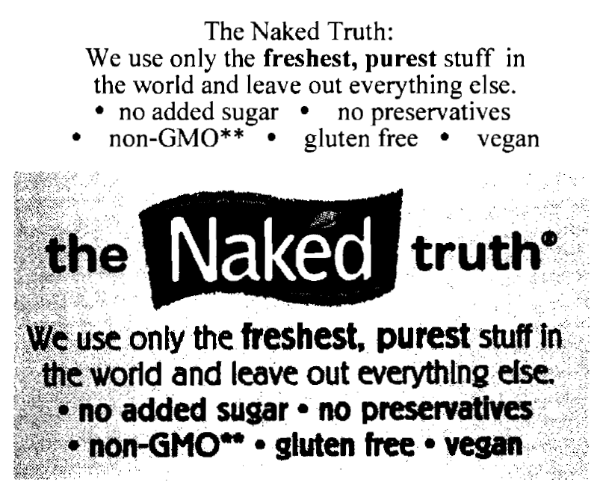 Naked Juice agreed to pay $9,000,000 to a Settlement Fund to make payments to Class Members who submitted the Claim Form, as well as to pay for costs associated with the notice and administration of the Settlement, attorneys’ fees and costs, and a special service payment to the Class Representatives. (Money from the $9 million Naked Juice class action lawsuit settlement was mailed to eligible Class Members on June 23, 2014.) 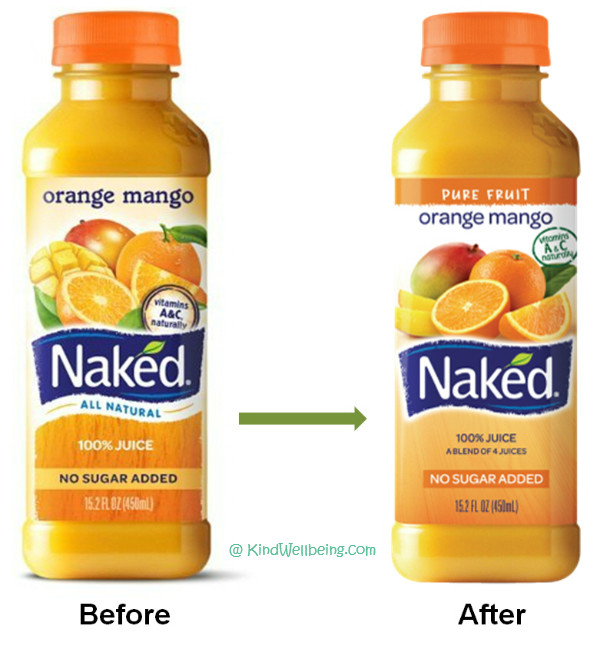 More details are provided in the settlement agreement called the “Stipulation of Settlement” and other documents (including the consolidated class action complaint), all available at www.NakedJuiceClass.com.

(Originally published by Dr Miki at AskDrMiki.com in August, 2014)