The lawsuit claims that the 28 California wineries “produce and market wines that contain dangerously high levels of inorganic arsenic, in some cases up to 500% or more than what is considered the maximum acceptable safe daily intake limit.”

You can find more details on the lawsuit and the full list of the wines that are the subjects of the class action lawsuit at TaintedWine.com, a website that was created for consumers by the attorneys who filed the lawsuit. 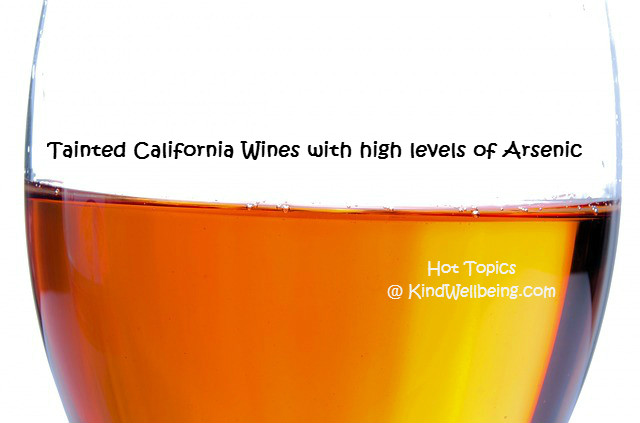 The following are some of the information on Arsenic and its health concerns that are provided by TaintedWine.com.

Arsenic is a naturally occurring mineral found in over 200 different forms. Organic arsenic is commonly found in seafood and marine environments in forms that are presumed nontoxic. It is true that in general, inorganic arsenic species are more toxic than organic ones, BUT this is not 100% correct. Certain organic arsenic species used extensively in agriculture are thought to be toxic, and toxicity depends on a number of factors.

According to Sharon Goldberg, MD, a doctor of internal medicine at the University of Miami School of Medicine, the health risks for consumers who drink wine with elevated inorganic arsenic levels are:

Arsenic can adverse health effects on anyone, but some people are more at risk, including: